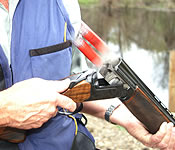 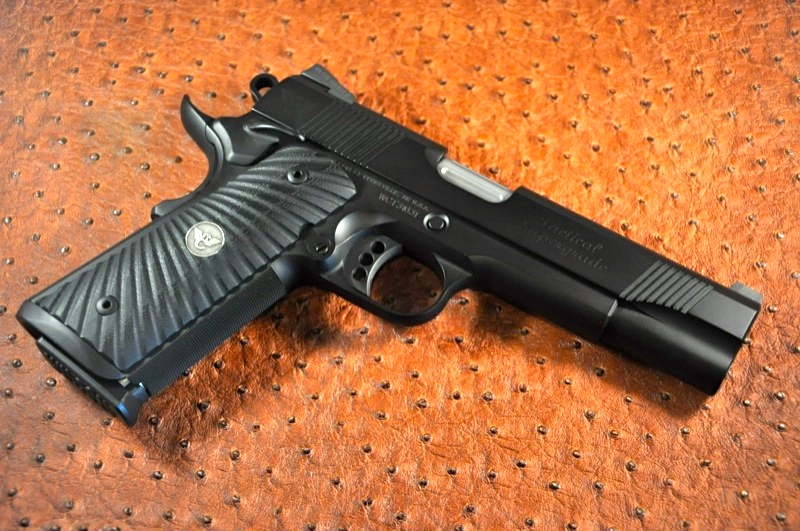 This is the flaghip of the Wilson Combat line of pistols! This example has all the Tactical Supergrade features that include serrations on top of the slide, checkering on the rear of the slide, SpeedChute, ambidextrous safety, bulletproof parts, six magazines, & much more. The main thing the Supergrades have that other models don't is unlimited gunsmithing time to get them as perfect as can be. In addition, this pistol has a countersunk slide stop, G10 Starburst grips, hex head grip screws, flush cut barrel with reverse crown, plus fluted barrel & chamber. One other thing I particularly like about this pistol is that it's built with a bull barrel. I think they're much better looking that bushing barrels. This jewel is finished in all black Armor-Tuff. What a beauty it is!